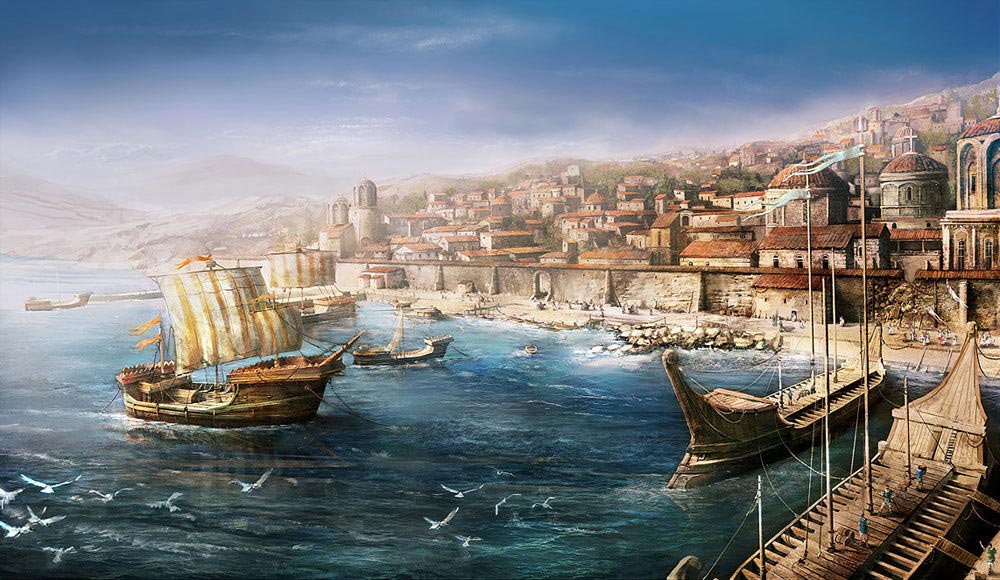 The capital city of Issia, Kinijil is the largest city in this region of Tahanan and a major port on the Sea of Parn spilling onto both sides of Thia’s Ribbon .

Kinijil is one of the larger cities in Tahanan. It houses over 90,000 residents, though the exact numbers are not clear due to a large Ysolki population that largely lives underground, and the constant churn of merchants through the city.

While the bulk of the population is made up of humans and Ammuri, peoples from most terrestrial races are represented.

The city acts as a trade hub for Eastern Tahanan, particularly those nations that border the Sea of Parn. As such, most trade goods are available, but those from the Southern Continent or Western Tahanan are still expensive due to their rarity.

While most industries are represented on a small scale, Kinijil is known for its: