Roan’s parents were simple tradesfolk in the lumbering community of Hanset’s Mill. Roan lacked the bulk, and frankly the temperament, to lift an axe day after day for a lumbering team. While his brothers strove to become journeymen jacks, he absorbed the domestic skillset of his mother’s daily labors. He appreciated the measured, utilitarian touch of a well-placed stitch and the domestic magic of transforming subsistence foodstuffs into hearty meals.

Roan came to fill the necessary, if underappreciated, role of family errand boy. Eventually, he leveraged his graces and broad knowledge of the markets and traders into a role as a general purchaser/procurer for the local lumber trade and, soon after, assorted tradesmen in his hamlet.

With a remarkable record of securing good trades that almost always fell in favor of the parties Roan represented, and the fact that he rarely managed to sour any parties in even lopsided deals, Roan was recruited by a distant relation of the Montalo Family of Jonta. Roan leapt at the lure of higher stakes and a gracious patron, seeking to make himself indispensable to new and powerful friends. Roan revelled in a life, at least to him, of relative luxury.

Whether the good life made him slow, or his sterling record made him reckless, he was eventually ousted from his position following a series of unfortunate deals — Roan was outclassed, out-clouted, and pecked clean by fortunate sons of rivals raised in the tumultuous sea of ruthless noble competition. They inhaled profit and privilege; exhaled ruin on a youth who was little more than an ignorant daytaller to them.

Sore and smarting from his meteoric fall from grace, Roan made a desperate gamble to right his upended fortune. Loathe to return to obscurity, he pressed into the heart of the power that spurned him and travelled to Jonta on little more than fast-talk scams, well placed cards, and a few lucky rolls. Instead of laying down the ante, Roan’s new strategy was to play the room around the table: he set to establishing himself as an agent to other laymen like himself with ambitions far beyond their grasps. With his hard-earned understanding of noble society and his hands-on experience with their machinations, Roan made a trade of supplying the scavengers that feed on the leavings of the powerful with information, strategy, and sometimes just a straight (if shady) deal. Beholden only to the rough morality of rogues, Roan scrapped a living fencing lost goods to interested buyers, pointing would-be strongmen at the exposed flanks of his social betters, and generally inconveniencing any house he could when they sprung a noisy leak or misstepped.

All hot streaks end. Winners are those that know when to pull their stakes from the game and go home ahead. Roan’s moderate success may have been a balm to his wounded ego, but it was also his undoing. Big shots press the advantages they hold; everyone else works hard to manufacture opportunity. For Roan, few alliances meant fewer ways to be backstabbed, but a single man is not an army. When a small-time syndicate wanted a piece of Roan’s one-man racket, his status as a free agent was no longer a shield for his ambitions.

Some days later, he washed ashore on the banks of the Sable Lake, bruised in both body and spirit, and nearly drowned by the bright house banner he had been rolled into before being tossed into the waves. Despite the crows wheeling and knelling above him as he lay in the drink, he knew he hadn’t lost, just miscalculated. You see, sterling won’t rust, but it does develop a patina from time and wear. 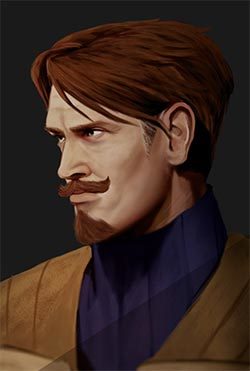